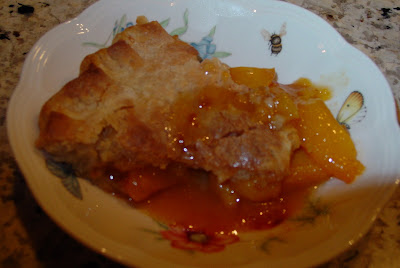 New Bern is a small coastal North Carolina town with southern charm, a great historic district and, best of all, leaders with a vision for the town's future. When Guy and I moved here 14 years ago, we chose New Bern because it stood out from all the other South and North Carolina coastal towns we visited. We love.... the convenience of being able to travel from one side of town to the other in less than 15 minutes.... the abundance of local artists... seeing the boats docked at the Sheraton... walking into a store and meeting a neighbor or friend...having our own TV station and newspaper...the sense of community and identity that somehow wasn't so strong in New Jersey.

We have a lot to be proud of here in New Bern. But one thing we miss is shopping. That is, of course, our trade-off:   for less traffic and lighter population, we get fewer retail stores. Oh, we have Penney's and Belk's, Lowe's, TJ Max, Wal-Mart and Target. But Sam's Club, Costco, Steinmart, Nordstrom's, Hecht's and Dillards are missing, and there's no Whole Foods, Earth Fare or Trader Joe's.  Retail comes up short in New Bern, but road-side stands with good local produce abound.  Right now peaches are everywhere. Sweet, juicy, fresh peaches. And peach pie has been uppermost in my thoughts this week. The following is my own recipe, and after tasting it, the only thing I would change next time is to increase the cinnamon by 1/2 tsp. The almond liqueur really gave this a nice but subtle flavor, and the fresh peaches were enhanced by it. Here's the recipe:


DIRECTIONS: Place sliced peaches in a large colander that sits in a pan or bowl that will catch the juice. Sprinkle with 2 Tbsp. of the sugar and let stand until at least 1/2 cup juice is released. This could take an hour or so.


Adjust oven rack to lowest position and place a pizza stone (or four unglazed quarry tiles) on the rack. Preheat oven to 400 degrees and let the stone (or tiles) heat for at least 30 minutes.


Roll out chilled pie dough to fit the bottom of an 8- or 9-inch pie pan, preferably earthenware or glass, not metal. Press peaches slightly to get as much juice as possible, scraping the bottom of the colander for additional juice. Transfer juice to small saute pan with the butter and bring to a boil. Add 1/4 cup sugar and boil for a few minutes to slightly reduce the liquid. Remove from heat and add the remainder of the sugar with the liqueur and stir to combine.


In a small bowl, combine the cornstarch and spices.


Dump the peaches into the bowl that the colander was sitting in and lightly toss with the cornstarch mixture, then with the boiled mixture, till all is combined. Spoon into pie crust. Roll out top crust and cover the pie.


Set an 18-inch square of heavy-duty foil on the pizza stone or tiles. Set pie on foil and bake for 20 minutes. Remove pie from oven, brush with a glaze of milk and sugar that have been mixed together in a small bowl. Bake until golden brown, about 20 minutes longer. Bring foil around pie to loosely cover and to keep pie from getting too brown. Bake until filling bubbles, 15-20 minutes longer. Cool on a wire rack for 2-3 hours before serving.
Posted by Judy at 12:38 AM