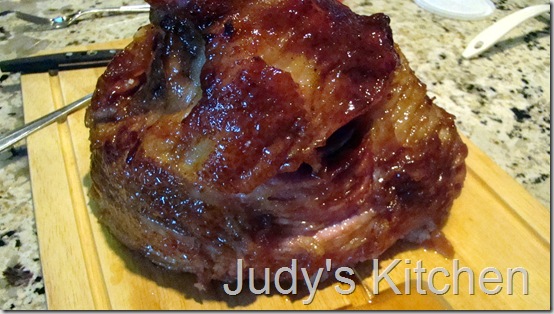 How many times I’ve followed the heating instructions on a spiral-sliced ham only to be disappointed with dried-out slices.  Well, thanks to the good folks at America’s Test Kitchen, that  will never happen again.  Reminding us that the ham is already fully cooked and can be eaten as is, they note that most people prefer it heated.  The trick is to heat the ham without drying it out.  Their fool-proof method produces  moist and delicious spiral-sliced ham.  Soaking the ham in hot tap water for 1-1/2 hours brings the internal temperature of the ham up slowly, reducing the oven time.  Baking at a low temperature (250F) for a short period (about 1-1/2 hours) ensures the ham will stay moist. 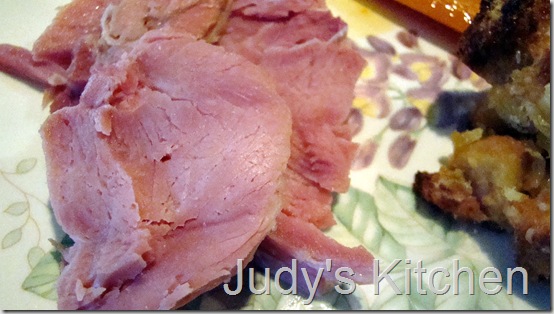 An 8.5 lb. Smithfield spiral-sliced ham was my starting point.  Instead of using the glazing packet that comes with the ham, I opted to make Nigella Lawson’s Ginger Glaze, which I’ve modified to make less pungent.  Pineapple Stuffing and Glazed Sweet Potatoes  were great side dishes that rounded out this dinner. 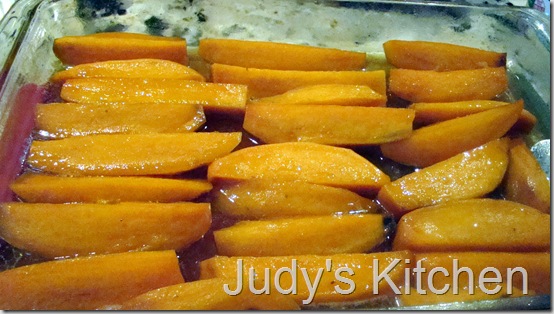 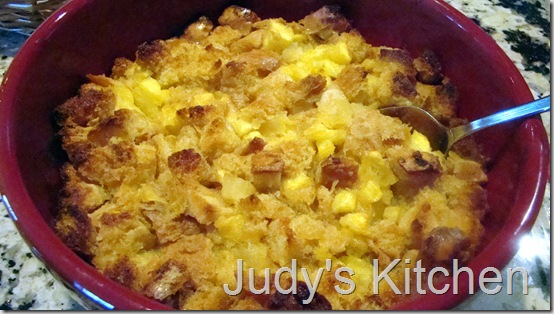 The Sunday afternoon armchair quarterbacks all agreed that this was the best ham ever, and we were all still raving a week later.  Each slice was moist and delicious.  Another winning recipe from the technicians at America’s favorite test kitchen. 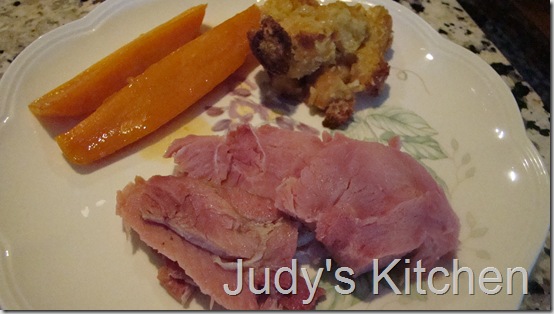 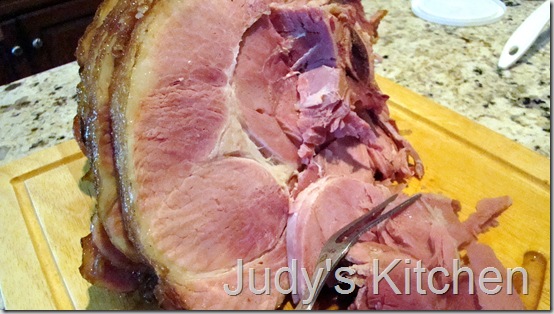 We prefer our ham heated too and have often had dried out ham as a result. So glad to learn this method. Thanks!

so much dried out food is served on T-day. this is a GREAT post and remonder

ham is such a delicious holiday dish, i love it! this looks delicious!

Thanks for the info, Judy! I'm making a ham for Christmas so, this is just in time!
~ingrid

I made this ham for Thanksgiving, and everyone said it was the best ham they'd ever eaten-myself included!! I didn't even bother with the glaze, because the ham itself was so moist, flavorful and delicious. I am making it again tonight, and am going to glaze it with a bourbon glaze that I've used before that is to die for, and more to my taste! Thank you so much for this post!! :)

Hi, Leigha7, Your comments are appreciated. Bourbon glaze sounds yummy, would love to have that recipe. 😊

I've made this ham every year for our annual New Years Day party, people demand it! Thanks for the recipe.

Hi, izzy, thanks so much for your comment. It's always nice to know that someone has had a good result. Great idea to serve ham at a New Year's Day party, too. After all, it's pork --isn't that supposed to be good luck to serve pork on New Year's Day?